If a desire to have children remains unfulfilled, this is often due to hormone-related disorders affecting ovulation or maturing of the egg cell. This is why individual therapy is required before artificial insemination to stimulate the ovaries with hormones.

It ensures that several egg cells mature at the same time. After detailed discussion and instruction, your treatment is then administered in the form of tablets or self-injections into the subcutaneous fat tissue.

From our many years of experience, we know that getting the precise dose is key. With in vitro fertilisation, it makes sense to stimulate the ovaries at a higher dose. However, lower doses of the treatment significantly improve the chances of success when natural intercourse is combined with assisted fertilisation (called intrauterine insemination). Of course, we will give specific recommendations for the periods during which intercourse has the greatest chances of success. 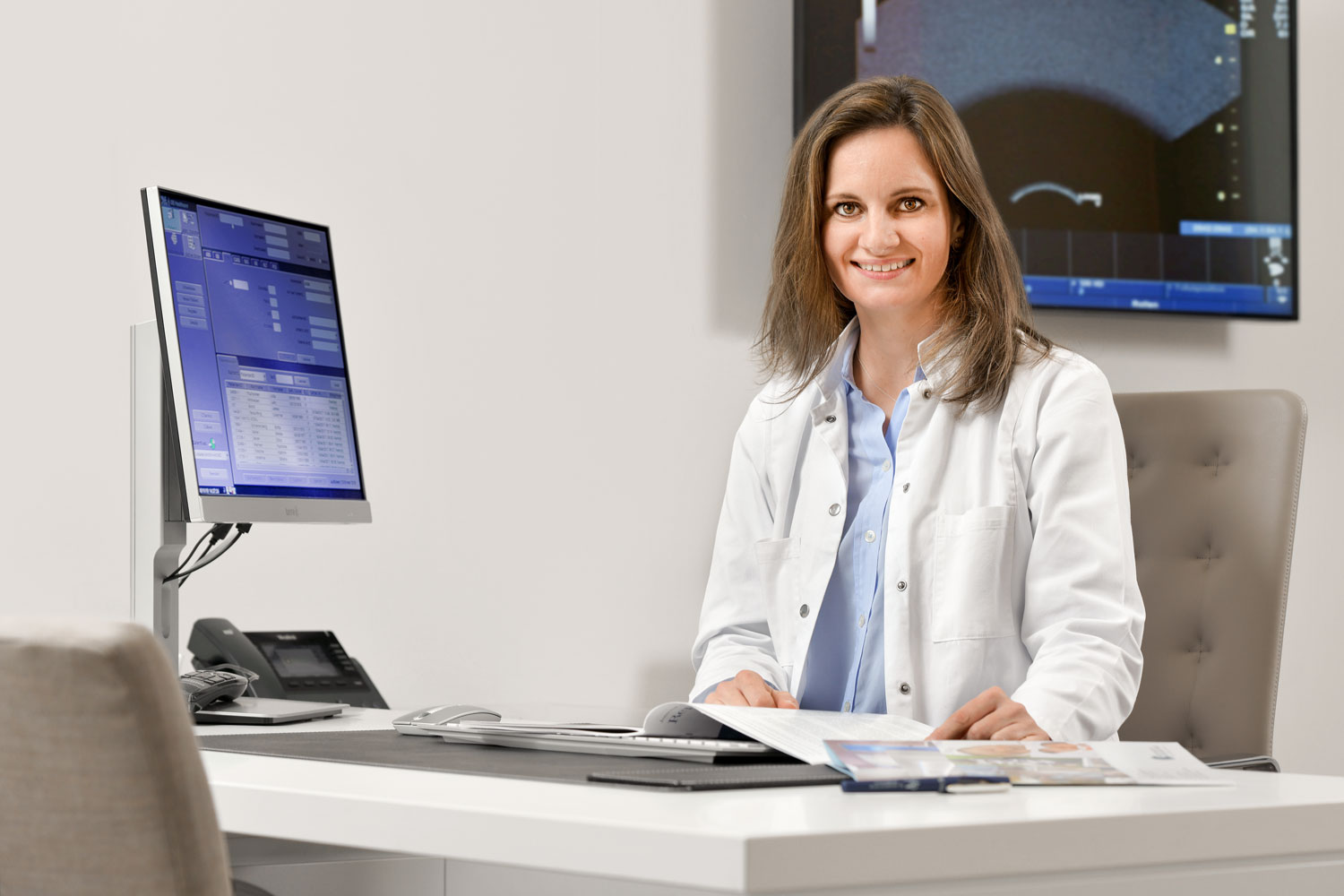 With low-dosage hormone stimulation therapy, the maturing of egg cells is often assisted as a first step (including by your gynaecologist), with the administration of clomifen tablets being prescribed and supervised. If this treatment is not sufficient, we often use so-called “pens” for the safety of our patients: these contain follicle-stimulating hormone (FSH), which is manufactured using a sophisticated process.

The treatment is generally begun shortly after the start of menstrual bleeding, as the ovarian follicles have not matured at this stage and the drugs administered can have optimal effect. If one or two ovarian follicles have developed mid-cycle that we presume to be viable egg cells, we can further improve the situation by administering an injection to assist ovulation - also in combination with intrauterine insemination (IUI). In addition, progesterone can also be given in the second phase of the cycle after ovulation.

It goes without saying that regular ultrasounds and hormone check-ups are provided. We are very happy to carry out this very straight-forward first stage of treatment during consultations.

Higher dosed therapy: Generally, the chances of becoming pregnant improve significantly if the woman’s ovaries are stimulated more strongly in the first half of the cycle during in vitro fertilisation, according to her age, weight and ovarian reserve. As several mature egg cells are grown, the chances of success from several months are “pooled”.

In the case of an existing, and particularly in the case of a good ovarian reserve, the combination of in vitro fertilisation and high dosages of hormone stimulation therapy is a sensible choice. What’s more, in this case there is a drug that suppresses premature ovulation. And you don’t need to fear a multiple pregnancy: we remove the mature egg cells from the body at the optimal time and only transfer one or two fertilised cells back into the uterus as embryos.

Do you have questions on either of the two forms of hormone stimulation therapy? Don’t hesitate to get in touch - we want you to be as well-informed as possible.

Back to overview Getting here